Chelsea left-back Ben Chilwell has claimed that the Blues need to attain consistency to be on the same level as Premier League aspirants Manchester City and Liverpool. 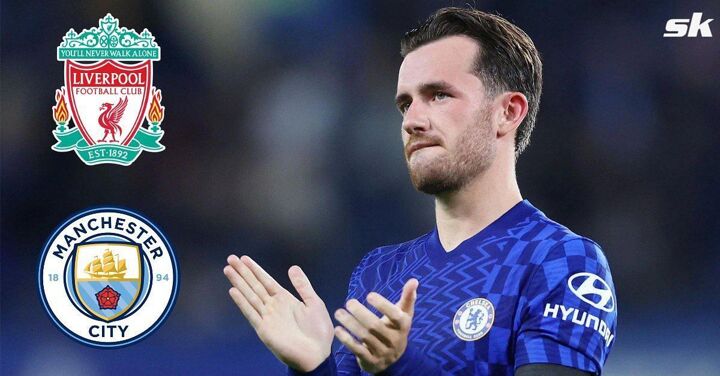 They finished third in the Premier League, lost the League Cup and FA Cup finals to Liverpool on penalties, and were knocked out of the Champions League quarter-finals by Real Madrid.

The Blues, however, managed to win the European Super Cup and the Club World Cup.

The Stamford Bridge outfit are gearing up for a more fruitful campaign next term, and Chilwell believes they simply need consistency to be on par with Liverpool and City.

The Englishman told the Mirror:

“100 percent. City and Liverpool have set the bar, for maybe the last five years, which every other team in the league is aspiring to get at.

“Me being a Chelsea player, I’d say we’re the closest to them, and we’re aspiring to get on the same level as them. We showed in patches last season that we could compete with them, but it’s that consistency that they’ve shown — they’re not just one season wonders, they’ve done it season-in, season-out for the last five years.”

Chilwell added that the Chelsea players have already discussed fighting for the league title next season.

“That’s where we’re trying to get to. We’ve had conversations in the dressing room, as players and with the staff, that consistency is the thing that we now need to [achieve].

Chelsea have quite a few capable players at their disposal and Raheem Sterling’s imminent transfer from Manchester City (via Fabrizio Romano) could further improve their squad.

Even with Sterling in their ranks, Tuchel’s side might have a tough time keeping up with Liverpool and City.

Having lost Andreas Christensen and Antonio Rudiger on free transfers, they need to bring a couple of capable defenders to fight on all fronts next season.

Additionally, N’Golo Kante’s recent injury history needs some attention. The west London club might also have to bring in an industrious midfielder to fill in for him when needed.

New Chelsea owner Todd Boehly has some serious business to take care of in the ongoing summer transfer window.

Also Read: “I admire him as a coach” – Arsenal midfielder confirms he is tempted to join Roma after holding talks with Mourinho